What are the qualities and mindset to be successful in the modern world?. Why do celebrities and motivational speakers give seminars? Every business owner, entrepreneur and athlete share a common trait and that is accepting failure, moving forward and listening to the audience. If you want something and fail, the best approach is to learn from it and persevere.

We know losers are negative, insecure, bias, in denial and refuse to accept the truth. They look for excuses just to validate their own mistakes and then switch the blame so it avoids them dealing with the truth. Why do politicians, journalists and news reporters find it difficult in accepting the truth?. They are in a position of influence and manipulation. Being righteous and accepting failure goes out of the window. Their goal is to feed their own agenda for personal gain. They condition you to think on impulse instead of thinking rationally. Their goal is to not accept failure but to fight it or deny it.

It’s easier now to provoke or manipulate with the use of social media. That’s why politicians use this as a strong tool to spread their message.

Bruce Lee’s famous quote is “it’s not important what happens in life it’s how you react to it. “ Leaders have the power to unite not divide. Bob Marley used his power to bring two opposite political parties together. 40 years later politicians and the media are using Internet to stir hate. However unlike sports when competitor looses they shake hands and show respect. In politics when a party looses seats they encourage people to protest by screaming and shouting, which can lead to violence.

According to the Maslow hierarchy of needs our basic needs are the safety needs. In the world the same applies we need protection from violence, crime, dieses. This why regardless of political party health, policing and country security should never be compromised. Therefore this is were political parties need to come together to improve on these issues. If you loose in anything then it’s appropriate that the winner should get respected and chance to prove themselves.

When accepting failure you have to be dignified , respectful and a team player as success means reaching self actualization and being righteous. 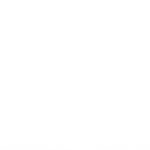 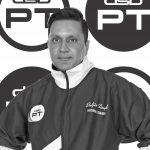 Birmingham Harborne Bournville Solihull Halesowen Fat loss Home TrainingExercise, News & Reviews, Well Being
We use cookies on our website to give you the most relevant experience by remembering your preferences and repeat visits. By clicking “Accept”, you consent to the use of ALL the cookies. However you may visit Cookie Settings to provide a controlled consent.
Cookie settingsACCEPTRead More
Manage Consent