ENGLAND DID US PROUD

I’m old enough to remember the excitement and unity World Cup 1990 brought to the country when England made it to the semi-finals. I also remember how for four weeks it overshadowed all the negativity through news reports and politicians, which caused divisions. World cup made people feel positive and proud once again for the country. Politicians do not have that power. World Cup 2018 reminded us that unity what we have been missing for a long time.

We forgot about the dreadful Brexit negotiations, Trumps UK visit and endless news coverage on the love island. Football whether your fan or not helped to restore faith in the country which has been lost for over 20 years.

The players played with confidence and as a team with no egos. They overcame the England’s world cup penalty curse that has haunted the Team for decades. By having a young hungry players will give plenty of time for progress. They will only mature in the game.

Croatia and Columbia were playing nasty. There elbows hit to the back of our players. As always we have to rely on the referee to make to the correct decisions to issue red cards but this did not happen. The important thing is England did not play there game because it could have been England with a red card as sometimes a bit of fair play may not exist. 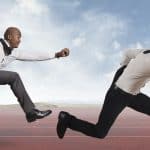 Keeping Up With The JonesesMotivation, Well Being 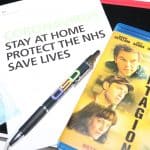 Are Celebrities Doing Enough To Help With Coronavirus?Hollywood, Viruses, Well Being
We use cookies on our website to give you the most relevant experience by remembering your preferences and repeat visits. By clicking “Accept”, you consent to the use of ALL the cookies. However you may visit Cookie Settings to provide a controlled consent.
Cookie settingsACCEPTRead More
Manage Consent